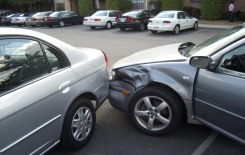 The first meeting of the TG took place on 11 June 2014, in Amsterdam the Netherlands. During this meeting the draft Action Plan was discussed.

The second meeting of the TG took place 23 and 24 September 2014 in Örebro, Sweden. During this meeting the TG took a closer look at the national procedures in the EReg Member States.

The third meeting of the TG took place on 22 and 23 April 2015 in Vilnius, At the meeting possible solutions were discussed to reduce vehicle crime and fraud related to damaged cars were discussed and a first draft of the recommendations was fomulated.

During the fourth and final meeting the first draft of the final report was discussed.

Vehicles severely damaged in an accident are an important source of crime. In a great number of cases the damaged vehicle’s identity (VIN) and registration documents are used to VIN switch a stolen vehicle. The stolen vehicle is then taken to another country and -with its new identity- registered there. This way, the vehicle registration systems in our countries serve to launder stolen vehicles.

Below you can read the executive summary of the final report:

Making use of various existing practices, the Topic Group recommends the following:

Members of this group