During the EReg General Meeting 2014 in Helsinki Mr Hans VAN DER BRUGGEN, EReg Chairman from 2007 to 2014, was nominated ‘Honorary Chairman of EReg’. The EReg Members are very grateful for all the energy and efforts Mr Hans VAN DER BRUGGEN has invested in the EReg Association all over the years of his Chairmanship, for which he moreover was awared two honorific distinctions. 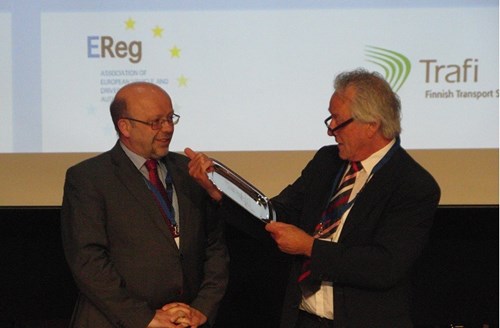 Knight of the Order of Oranje Nassau

On 10 October 2014, Mr Hans VAN DER BRUGGEN was appointed a Knight of the Order of Oranje Nassau in Oslo by the Dutch Ambassador Ms. Bea ten Tusscher. Mr. Van der Bruggen was awarded this honour for his tremendous work in a European context.

Officer in the Order of Leopold II

On 28 June 2011 Mr Hans VAN DER BRUGGEN , former Deputy Director at RDW (The Netherlands), has been awarded on behalf of King Albert II of the Kingdom of Belgium, the honour of Officer of the Order of Leopold II. This royal honour has specifically been awarded for his fruitful contributions to the European cooperation in the field of exchange of Vehicle Registration Data within the framework of police cooperation under the Prüm Council Decisions, especially during the Belgium EU Presidency in 2010. 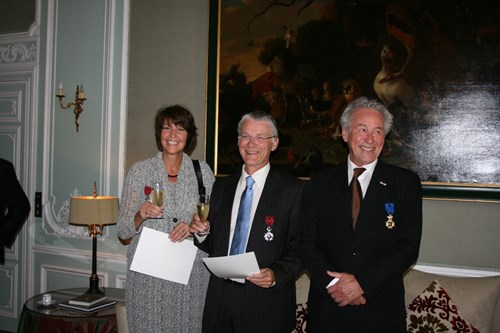